Difference Between Threshold and Tolerance 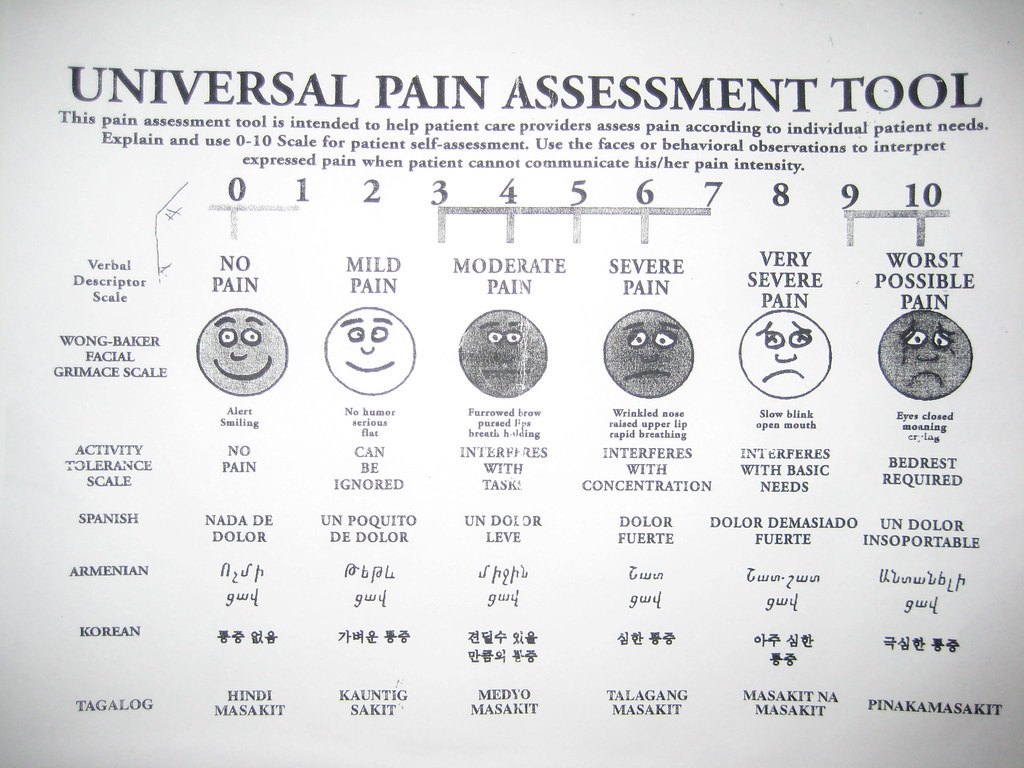 Threshold is the level at which a stimulus first causes a person to feel pain. Tolerance is the maximum amount of pain a person is able to cope with.

The pain threshold is the particular level at which a stimulus causes a person to start to experience pain. The threshold will vary depending on what the stimulus is; for instance, there will be different pain threshold values for temperature and pressure.

A person’s threshold to pain can be measured using an instrument known as a dolorimeter. Pressure, temperature or electrical signals are often used as the stimulus and the pain level recorded. The minimum stimulus to cause pain would be the pain threshold.

The pain threshold is influenced by genetics; researchers have found polymorphisms in particular genes that play a role in influencing the threshold. The genes discovered to impact threshold include those that code for transient receptor potential A subtype 1 channels, fatty acid hydroxylase, opioid receptors, and catechol-O-methyltransferase,

Other factors also impact what a person’s pain tolerance is; age is one such example. Children have a low pain threshold compared to adults but the threshold changes as they grow older. Gender is also a factor, with females having a lower threshold, possibly for evolutionary reasons or due to biological factors. Pain threshold does not vary as much among people as does tolerance to pain.

Pain tolerance describes the highest levels of pain a person can tolerate. This is quite variable from one individual to another, for a particular painful stimulus.

Tolerance to painful stimuli can be measured using a dolorimeter and adjusting the intensity of stimuli to reach a maximum level, which would be the tolerance level. As a stronger stimulus is applied, the subject’s response is noted. It is easy to confuse this with threshold, especially since both use the same type of measuring instrument, but threshold is the lowest value while tolerance is the highest value related to the painful stimulus.

Genetic factors as well as psychological and social factors can all influence how tolerant a person is to pain. People with red hair have a MC1R gene mutation that is also linked to a lowered tolerance for pain, and thus often they need more medication. Scientists do not fully understand the reason why this genetic mutation is linked to pain because it is related to melanin production in the body. The genes TRPV1 and val585 are associated with higher tolerance to cold; however this is only the case for people who are homozygous for these genes.

Difference between Threshold and Tolerance?

Threshold is the lowest level of a stimulus that causes a person to experience pain. Tolerance is the highest level of pain that a person can cope with.

A dolorimeter is used to measure pain threshold and a stimulus is applied until the person first shows a response, which is then taken as the threshold. A dolorimeter is also used to measure pain tolerance, but in this case several responses are noted as the stimulus increases with intensity, until the highest value is obtained, which is then taken as the tolerance.

Summary of Threshold Vs. Tolerance