Difference Between Fomite and Vector 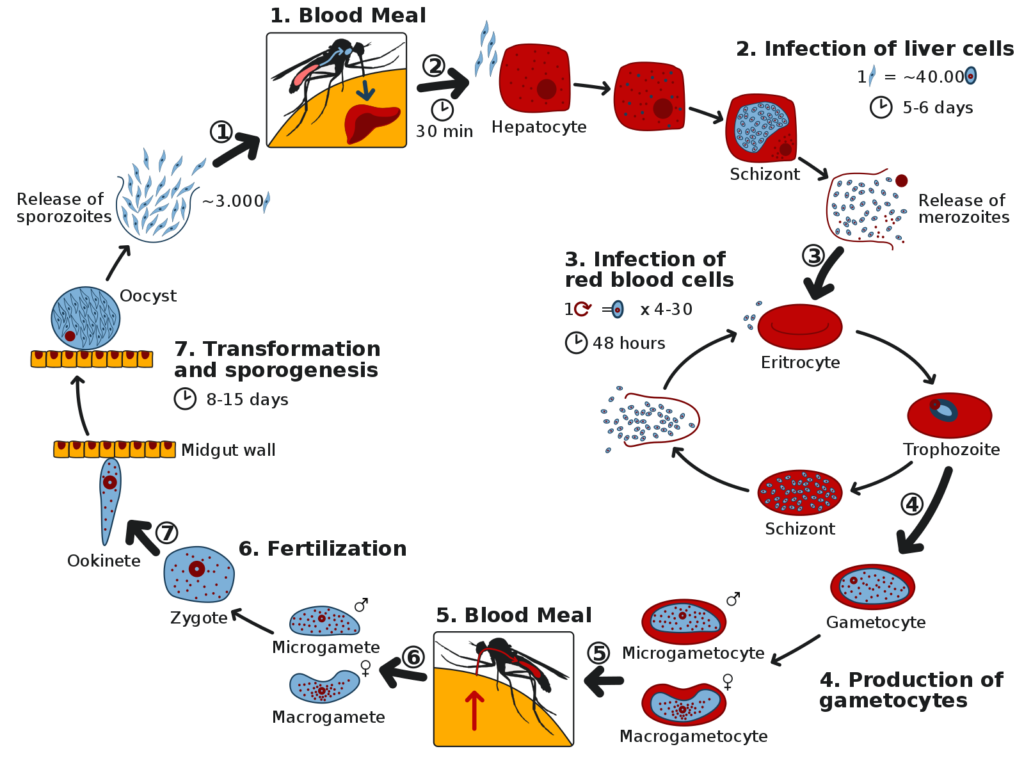 There are many ways a contagious agent or virus can be transmitted from an infected host to other uninfected people. Well, in a medical sense, a virus can be transmitted from one host to another by two primary modes of transmission – direct mode of contact such as coughing or sneezing liquid droplets called aerosol and second, indirect mode through surface or material contact called fomites. So, our topic of interest here is fomites, which is an indirect mode of transmission wherein a contagious agent can be transmitted from one person to another through porous or non-porous substances capable of carrying the virus. Fomites can be objects or surfaces where the contagious agents are deposited by an already infected host and then another healthy person touches the surface and gets infected. There’s yet another mode of transmission called vector which refers to infection through blood-sucking arthropods.

What is a Fomite?

The word “fomite” is derived from the Latin word ‘fomites’ which are splinters or chips cut down from trees to start a fire. In medical terms, fomite refers to a poisonous spark which looks for a potential opportunity to demonstrate its power within the pores of an appropriate substance. As they say in medical fraternity, human body is not the sole carrier of anything contagious, but it may as well act as a vehicle of the contagion. Let’s assume, you are carrying a deadly pathogen or not-so-deadly virus. When you touch an object such as a door handle, you transfer those pathogens to the surfaces of the objects, which eventually get contaminated with the pathogens you are carrying. These points of contact or objects you frequently touch and which act as a bridge for the pathogens are called fomites. Fomites can be classified as porous such as cloth and paper, and non-porous such as plastic and stainless steel. The transmission efficiency varies with the fomite type.

What is a Vector?

A vector is a biological organism that does not the carry the infection itself but can transfer the infectious pathogens from one person to another or from an infected animal to humans. Vectors are the carrier of disease or any infectious agent in the form of living organisms. Out of the six diseases considered by the WHO to have a considerable impact on the human population, five are vector-borne. Vector-borne infections are infections transmitted through disease agents between susceptible vertebrate hosts by blood-hungry arthropod species, such as ticks, mosquitoes, blackflies, and sandflies. Vector-borne diseases have a significant impact on plants, animals, and human health. So, a vector is a carrier of a disease or any infectious pathogen capable of delivering the pathogens to new, potentially susceptible vertebrate hosts. However, the vector-borne pathogen is believed to have little or no significant impact on the vector itself, while the infection of hosts depends on several factors.

Difference between Fomite and Vector

– Fomites and vectors are the two modes of infectious disease transmission that refer to two different methods of transmitting an infectious pathogen or a virus to a new host. Fomites are inanimate points of contact or frequently touched materials that are most likely to carry the pathogens deposited by the infected host onto a health host. Vectors, on the other hand, are living organisms that accidentally ingested pathogens or are already infected by pathogens and which may transmit these infectious pathogens to other potentially susceptible hosts, such as humans.

– Both fomites and vectors are carriers of infectious diseases that bridge the gap between the infected host and the healthy host. A fomite is often called a passive vector as it is a secondary mode of transmission of pathogen. Fomites are inanimate objects which humans frequently touch or come in contact with, such as door handles, water taps, clothing, bowls, brushes, shovels, plastic stuffs, and so on. Vectors, on the other hand, are living organisms, mostly blood-sucking arthropod species, such as mosquitoes in dengue and malaria, fleas in plague, and in case of MRSA, humans.

– Fomites are probably the most common carriers of diseases or infections. Fomite transmission is the primary cause for many respiratory illnesses and other infections or diseases such as common cold, meningitis, influenza, Adenovirus, Rhinovirus, Rotavirus, and more recently, the Coronavirus (Covid-19). Vector-borne pathogens typically infect the carrier (the vector) and the vertebrate host, but do not have any significant impact on the vector. Common vector-borne diseases are dengue, malaria, West Nile Virus, Lyme disease, yellow fever, Tick-borne encephalitis (TBE), Chikungunya, and more.

Both fomites and vectors are carriers of infectious diseases that bridge the gap between the infected host and the healthy host. While fomites are objects or most frequented surfaces such as doorknobs, door handles, water taps, clothing, etc., vectors are living organisms, mainly blood-hungry arthropods such as fleas, mosquitoes, sandflies, blackflies, and so on. However, the scope of infection following the transmission of the infectious pathogen varies on many factors, such as susceptibility of the host, the type of organism, the environmental factors, and so on. Vector-borne diseases have a significant impact on the human population, though.

Outside his professional life, Sagar loves to connect with people from different cultures and origin. You can say he is curious by nature. He believes everyone is a learning experience and it brings a certain excitement, kind of a curiosity to keep going. It may feel silly at first, but it loosens you up after a while and makes it easier for you to start conversations with total strangers – that’s what he said."
Latest posts by Sagar Khillar (see all)
Share Tweet Pin Mail SMS
Categories: Disease, Health, Science
Tags: Fomite, vector
previous post Difference Between G-Technology and LaCie
next post Difference Between Ultrabook and Notebook