Difference Between Quarantine and Self Isolation 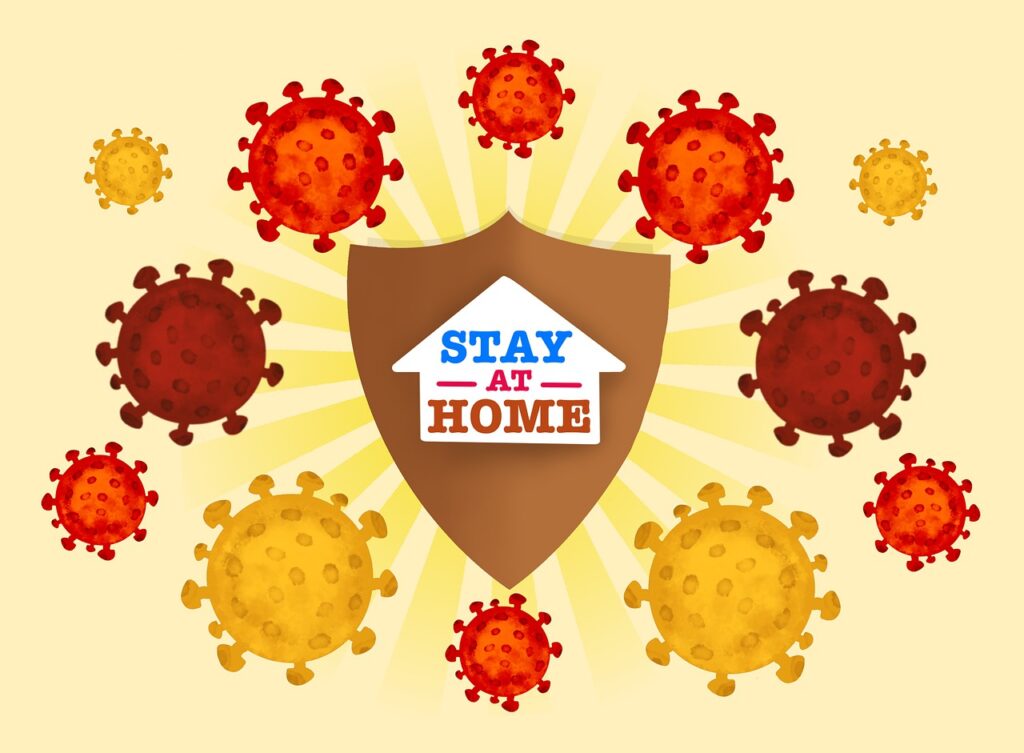 Hundreds of years have passed since the first systematic development of quarantine in Venice during the early fifteenth century. Quarantine have become commonplace since the plague in the Kingdom of Naples occurred in 1656. The function and use of quarantine have been questioned through the centuries that followed. The term quarantine was generally used to refer to a period of observation and care for those who either had recovered from any disease or needed to be monitored in case they came in direct contact with the sick. Quarantine has been followed as a standard risk control and prevention measure since then. However, there’s yet another term often used interchangeably with quarantine called self isolation, which is adopted globally. So, what is the difference between quarantine and self isolation? Let’s take a look.

Quarantine is a crucial risk management measure and a period of isolation that is considered when people are exposed to some infectious disease in order to prevent the spread of disease any further. The practice of quarantine dates all the way back to the fourteenth century when the ships coming from Venice from the potential infected ports were made to anchor for forty days before docking in order to protect the coastal cities from the plague epidemics. So, quarantine is often associated with some sort of illness or disease, restricting the movement of people who may have been infected but do not have any confirmed medical diagnosis to prove if they are infected or awaiting medical reports. For example, people coming from infected zones have been told to quarantine following the current Covid-19 pandemic which means they are not allowed to socialize, go out, shop, or avoid public places.

What is Self Isolation?

There is yet another option of imposing a restriction on the movement of people who may have been infected or came in contact with someone who is infected, called self-isolation. Self-isolation, as the name suggests, is a stay at home kind of quarantine where people are not allowed to leave their place of residence, avoiding contact with others, including people in your household, neighbors, or just anybody. Self-isolation is a practice of isolating those who may or may not have been infected from those who are completely healthy in order to prevent the illness from spreading out. When some infectious disease hits and you may have been exposed to the disease, you are required to but not forced to keep yourself separated from others to protect you and your family from infection. In simple terms, self-isolation is separating sick people from those who are not sick.

Difference between Quarantine and Self Isolation

– Quarantine and self isolation are both risk control measures put in effect to minimize or prevent the spread of any infectious disease during a pandemic in order to protect people from getting exposed or infected. Quarantine a period of isolation, often associated with some sort of illness or disease, restricting the movement of those who may or may not have been infected. Self isolation is yet another alternative to restrict the movement of people to separate the sick people from those who are not sick yet. So, quarantine is a strict isolation whereas self isolation is a stay at home quarantine.

– Quarantine can be both a voluntary or involuntary measure put in effect for the people who may have been infected but do not show the symptoms yet, and they come from areas where significant community transmissions are recorded. The purpose of quarantine is to put people in isolation until their medical reports are back to prove otherwise. Self isolation, on the other hand, is complete isolation or separation of people from other people or things. The purpose of isolation is to isolate the people who are either infected or came in direct contact with the people with symptoms from those who are not sick.

– Both the terms are often used interchangeably to refer to the restrictions in the movement of people in many ways due to some sort of pandemic. But in medical context, they are two different terms with different meaning and significance. Quarantine is a strict isolation imposed by the government or medical authorities to keep those who reasonably believed to have been exposed to some infectious disease or virus but they are not symptomatic yet. Self isolation is a stay at home quarantine imposed to separate the people reasonably believed to have been infected from those who are totally healthy. Self isolation can be voluntary or forced by local authorities or state government.

Quarantine vs. Self Isolation: Comparison Chart

Summary of Quarantine vs. Self Isolation

Well, in a nutshell, both quarantine and self isolation are two different terms with different meaning and significance. But both are effective yet essential risk management measures put in place in order to prevent any infectious disease or illness from spreading out. Both are meant to keep those who are potential risk carriers separated from those who are not sick. While quarantine is a practice of restricting the movement of people who may have been exposed but do not carry any kind of symptoms, self isolation is a strict isolation put in place to restrict the movement of people who are infected to prevent the spread of the illness any further. So, in simple terms, quarantine is for those who are exposed while self isolation if for people who are sick.

Outside his professional life, Sagar loves to connect with people from different cultures and origin. You can say he is curious by nature. He believes everyone is a learning experience and it brings a certain excitement, kind of a curiosity to keep going. It may feel silly at first, but it loosens you up after a while and makes it easier for you to start conversations with total strangers – that’s what he said."
Latest posts by Sagar Khillar (see all)
Share Tweet Pin Mail SMS
Categories: Health, Miscellaneous, Words
Tags: Quarantine, Self Isolation
previous post Difference Between Baseband and Passband
next post Difference Between SMTP and MIME