Difference Between Economy and Premium Economy 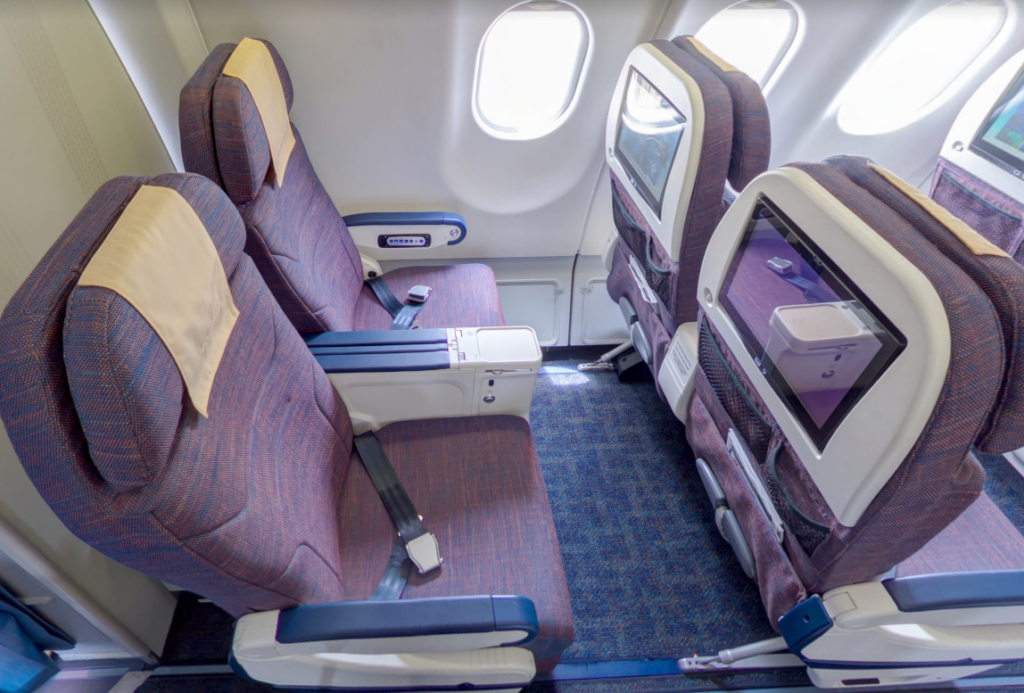 Based on comfort, pricing and amenities, airlines offer a variety of seating configurations or seat options to choose from. Today, major airlines provide three travel class offerings at different price ranges: first class, business class and economy class. However, some airlines offer an elite tier seating option called the premium economy class or economy plus class which sits somewhere between the economy class and the more premium business class. First class is being removed and replaced with the business class seating and the increased economy class seating. For long-haul travel, the carriers have instituted perks such as roomier seats, expanded cabins, food and entertainment on demand, etc. But choosing the seats can be confusing at times, compounded by the fact that airlines advertise their own fancy names for the same seating options. Of the many options, economy and premium economy are probably the most confusing because of the similarity in their names. Here’s a breakdown of the differences between the two.

What does Economy Class mean?

The economy class, as the name suggests, is the more economical and the basic class of seating option offered by airlines. This is formally the lowest fare offered regardless of the many terminologies used by the airlines. Sometimes, it is also referred to by airlines as the ‘coach class’ or the ‘tourist class’. It is a low cost seating option with comfortable recliner seats and there’s ample room on both short and long-haul flights. The economy class cabin usually features a 3-3-3 seating configuration with adequate legroom and all the basic amenities such as food and beverages, in-flight entertainment, Internet access, seat pocket, cup holder, etc. Other factors like Wi-Fi, infotainment screen, in-flight food may vary depending on the airlines. Low-cost airlines typically offer a single economy class seating option to generate revenue based on volume rather than seating class. Privacy and personal space are limited in economy class but every passenger has access to huge overhead compartments for storage.

What does Premium Economy Class mean?

Difference between Economy and Premium Economy

– The economy class, as the name suggests, is the more economical and the basic class of seating option offered by airlines. The cabin usually features a 3-3-3 seating configuration and the seat pitch can vary from 28-34 inches and width from 17-33 inches. However, there can be slight variations among airplanes and airlines. The premium economy, on the other hand, is a class of accommodation that is higher than economy but lower than business class or first class. It usually features a 2-4-2 seating configuration, but it can vary depending on the airlines. The seat pitch and width are a bit longer by few inches.

– While the comfort level is mostly the same on both seating classes, some airlines offer Premium Economy as a separate class of seating with premium level services and offerings. The seats have a regular recline function, but privacy and personal space are limited. The premium economy, on the other hand offers adjustable headrest, legrest or lumbar support, and a few extra inches of recline. Some airlines also offer dedicated lounge access at airports and separate premium cabin for seating.

Although unkindly referred to as the coach class cabin, the economy class cabin is formally the lowest fare offered by the airlines and is of utmost importance in view of the market size and pricing structure. There is a clear distinction between the long-haul and short-haul airlines concerning the Economy class category. The Premium Economy is a standalone cabin that sits right between the more premium business class and the budget-friendly economy class, in terms of both amenities and pricing. The basis amenities, however, remain same in both the seating classes. The price of the Premium Economy seats is usually up to 85% more than the standard Economy class seats, but you’ll get extra legroom, wider seats, and more amenities.

Outside his professional life, Sagar loves to connect with people from different cultures and origin. You can say he is curious by nature. He believes everyone is a learning experience and it brings a certain excitement, kind of a curiosity to keep going. It may feel silly at first, but it loosens you up after a while and makes it easier for you to start conversations with total strangers – that’s what he said."
Latest posts by Sagar Khillar (see all)
Share Tweet Pin Mail SMS
Categories: Business, Miscellaneous
Tags: economy, Premium Economy
previous post Difference Between Eco and Sport Mode
next post Difference Between Mood Board and Concept Board